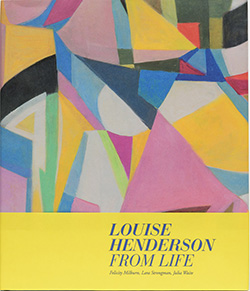 At one time, in the mid-1950s, Louise Henderson was a prominent figure among painters based in Auckland. In fact, she was seen as a modernist; she had associated with John Weeks in Auckland and later studied in Paris with Jean Metzinger (1883–1956), a Cubist painter, teacher and writer. Henderson had changed her earlier style, learnt in Christchurch, for a more abstract and Cubist-influenced approach. She exhibited at the Auckland Art Gallery alongside Colin McCahon and Milan Mrkusich, both of whom were some twenty years her junior. She was highly regarded by collectors and critics, such as Charles Brasch and Eric McCormick. But by the 1970s her star had waned, and although she continued to paint and exhibit into the 1980s she was no longer seen as a leading contemporary painter. Auckland Art Gallery staged an important show of her work called Louise Henderson: The Cubist years, curated by Christina Barton in 1992, and in 1993 Henderson was made a Dame. Henderson has, however, still not been accorded her full due as a painter and teacher. Louise Henderson: From life and the accompanying exhibition aim to redress the situation. END_OF_DOCUMENT_TOKEN_TO_BE_REPLACED 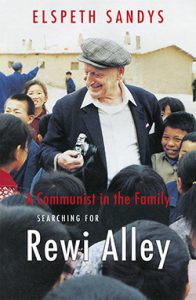 Even if he had achieved little else, surviving sixty years in China – from the Republican era prior to Japanese invasion to the first years of the open and reform period – would have marked Rewi Alley (1897–1987) as a remarkable individual. Yet, as his supporters recount, Alley’s record is astonishing across a number of fields, including literature. He is perhaps New Zealand’s most prolific author – fifty-three books of his own and thirteen works of translation, according to one count – best known for his poetry, travelogues and detailed descriptions of the early years of the People’s Republic of China (PRC). He produced countless articles on subjects ranging from Chinese agricultural implements and the rural paper industry, to the forms of ancient Chinese belt buckles and the Chinese in New Zealand. In the realm of literature, his best contributions are translations of classical Chinese poetry. Although his interest in material arts was not scholarly, the 1400 works he donated to Canterbury Museum form the largest collection of Chinese art in this country.  END_OF_DOCUMENT_TOKEN_TO_BE_REPLACED 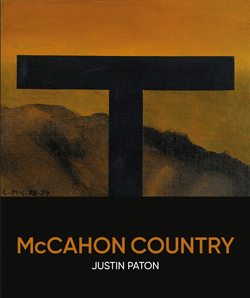 This year is the centenary of the birth of Colin McCahon, and among the publications celebrating that event is Justin Paton’s McCahon Country. It is not the only one. The first of Peter Simpson’s two-volume chronicle of McCahon’s life and work will be published in October 2019, with the second to follow in June next year; and Wystan Curnow’s long-delayed opus is also rumoured to be coming out in 2020. None of these books is, or will be, properly speaking, a biography. Indeed, three decades after his death, we still lack a comprehensive life of the artist. Gordon Brown’s Colin McCahon: Artist, first published in 1984, is more an elucidation of the work than of the man; as is Simpson’s work; as Curnow’s presumably will be. As Justin Paton’s book, with qualifications, also is. END_OF_DOCUMENT_TOKEN_TO_BE_REPLACED 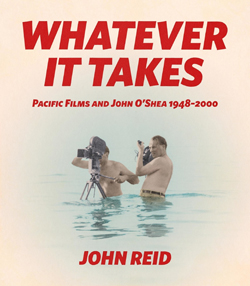 Whatever It Takes is an apt title for John Reid’s story of the formation of Pacific Films, an enterprise that dared to dream in an age when dreaming was expensive. The No. 8 wire mentality, necessitated by insufficient funding for almost any part of independent film-making, is exemplified in countless ways in this account, from the building of a camera dolly with bicycle wheels, to the capture of the 1953 Royal Tour on three cameras simultaneously, by mounting them on the same frame, the results of the shoot destined for three different agencies, each paying for a share of news footage of the glamorous royal couple ‘abroad’. END_OF_DOCUMENT_TOKEN_TO_BE_REPLACED 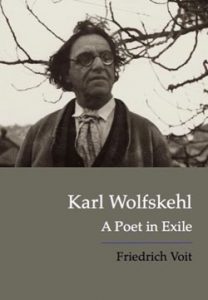 To start at the end, the Epilogue tells us about the growth of international interest in Karl Wolfskehl over recent decades, and the handling, by his companion Margot Ruben, of his literary estate up until her death in 1980. Throughout the biography, Friedrich Voit gives us enough facts, without building her up unduly, to get a fair picture of the importance of Ruben in Wolfskehl’s work, and the intricacies of their relationship. The Wolfskehl–Ruben story is only one of many fascinating threads. END_OF_DOCUMENT_TOKEN_TO_BE_REPLACED